On Tuesday, August 3, 2021, Mayor Dan Horrigan and the City of Akron will host the 38th annual National Night Out, a unique event celebrating the importance of neighborhood engagement in Akron. Last year’s event was canceled due to the COVID-19 pandemic.

National Night Out (NNO) is an annual community-building campaign, sponsored by the National Association of Town Watch, that promotes police-community relations and neighborhood unity.  The goal of National Night Out is to strengthen participation in local programs that prevent and deter crime, in an effort to make neighborhoods safer, more caring places to live.

“National Night Out provides a great opportunity to bring police and neighbors together under positive circumstances,” said Akron Mayor Dan Horrigan. “Increasing trust between our residents and our officers has become as important as ever in a year where Akron, like many other cities across the nation, has seen an uptick in violence.  It’s no secret that we face significant challenges related to violent crime and strained community trust, and events like this can help increase transparency and allow for a dialogue between residents and officers.”

The NNO program has deep roots in Akron, where the first NNO event took place in 1984 in East Akron. This year’s program will be scaled down from previous years, featuring events at 5 sites throughout the City. Planning normally begins months in advance for the NNO program but was delayed this year to assure the health and safety of participants. All events will be hosted primarily outdoors.

The sites that will be hosting these events are:

The National Night Out campaign involves citizens, law enforcement agencies, civic/religious groups, businesses, neighborhood organizations, and local officials. In all, more than 38 million people are expected to participate in NNO in more than 16,000 communities across all 50 states and beyond. 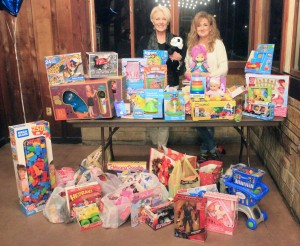 Summit County residents welcomed the holiday season with “An Evening of Christmas Inspiration” holiday concert, which resulted in a donation of over 100 new toys for the Summit County Children Services (SCCS) Toy Room.

END_OF_DOCUMENT_TOKEN_TO_BE_REPLACED

Info Line is making it easier for Summit County residents to find and access basic needs assistance by adding texting capability to its 2-1-1 information service. 2-1-1 OnDemand allows people to receive referrals for food and utility assistance via text so they don’t have to use valuable phone minutes. The service also helps free up Info Line’s 2-1-1 staff so they can spend time answering phone calls that are more in-depth.

END_OF_DOCUMENT_TOKEN_TO_BE_REPLACED

Pinewood gardens is an Akron Metropolitan Housing Authority Community in Twinsburg, OH. As the most northern AMHA community, the residents face different challenges than residents around the county.

The main challenge for the residents is transportation. Kellie Morehouse, Early Childhood Initiative Service Coordinator at AMHA, works with the residents at the community and said many of the families do not have cars, driver licenses or gas money. This problem affects many facets of the residents’ lives.

END_OF_DOCUMENT_TOKEN_TO_BE_REPLACED 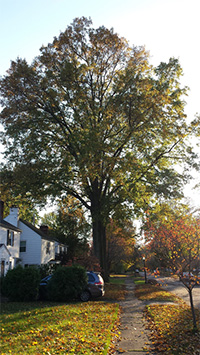 Akron: A City of Neighborhoods

I have written before about the importance of rejecting false choices when it comes to discussing our places.

Most urban places are large and diverse enough that they cannot be easily pigeonholed or painted with an overly broad-brush.

Is Akron getting better or getting worse?  The answer, of course, is “both”, or “neither”, or “it depends”.  And what it depends upon is which neighborhoods we are talking about.

Akron, like all larger cities, is full of a wondrous array of people, places, and things. It is at the neighborhood level that its diversity becomes most apparent.

The great American writer E.B. White penned one of my favorite descriptions of the way that the ultimate city (New York) functions as a series of small places, rather than as one large place:

The oft-quoted thumbnail sketch of New York is, of course: “It’s a wonderful place, but I’d hate to live there.”  I have an idea that people from villages and small towns, people accustomed to the convenience and friendliness of neighborhood over-the-fence living, are unaware that life in New York follows the neighborhood pattern. The city is literally a composite of tens of thousands of tiny neighborhood units…Each area is a city within a city within a city…So complete is each neighborhood, and so strong is the sense of neighborhood, that many a New Yorker spends a lifetime within the confines of an area smaller than a country village. Let him walk two blocks from his corner and he is in a strange land and will feel uneasy till he gets back.

While Akron is far smaller than New York, its neighborhoods still contain considerable variety in terms of history, culture, socioeconomic characteristics, and the built environment.

My purpose in writing this post is to give the reader a sense of the rich cultural and socioeconomic diversity that can be found here.

In the first section of the post, I give a general overview of Akron’s 20 primary neighborhoods, dividing them into seven general categories.

In the second section of the post, I present a variety of socio-economic data for 210 secondary neighborhoods, in order to illustrate what our neighborhoods look like and who lives in them.

PART I:  SEVEN TYPES OF NEIGHBORHOODS

Two neighborhoods (Downtown and University Park) – form the urban core of the city.  Both of these neighborhoods are located on or near the original site of the City of Akron, which was established in 1825, and expanded primarily toward the south and east until around 1890.

Today, these neighborhoods form the commercial, cultural, and government center of the city.  They have gone through a dramatic transformation over the past 60 years, as many of the original buildings and houses have been torn down and much of the street grid has been altered beyond recognition.

Three neighborhoods (Middlebury, Kenmore, and Ellet) once existed as independent cities and towns.  Middlebury, the oldest of the three, was established in 1822, and actually predates Akron itself.  It was annexed by the City of Akron in 1872.  Today it suffers from widespread vacancy, and is one of the lowest-income neighborhoods in the city.

Kenmore and Ellet developed as outlying “streetcar suburbs” and were both annexed by the City of Akron in 1929.  They were both settled heavily by Appalachian whites (primarily from West Virginia, Kentucky, and Tennessee) that moved to the city to work in the rubber and tire industry.

Both neighborhoods maintain a strong identity up through the present day, and when residents are asked where they live by someone from out of town, they are as likely to reply “Kenmore” or “Ellet” as they are to say “Akron”.