Children growing up in poverty have a different set of challenges than their more affluent peers. The Akron Metropolitan Housing Authority, or AMHA, believes their access to these children gives them an unique opportunity to help.

AMHA’s Early Childhood Initiative, or ECI, has gained national attention for their innovative approach to helping children within their system.  We continue the story about AMHA’s work with the children and their parents who live in AMHA housing.

Maternal depression is a major issue among women in poverty. National surveys say 25 percent of mothers in poverty experience depression, but 46 percent of the mothers they screen show signs of depression.

Surveys also show that lost “me” time is a major struggle for mothers in poverty. That is where the Early Childhood Initiative manager (ECI)  at Akron Metropolitan Housing Authority (AMHA) got the name for their maternal Depression program, Mom-ME Time.
Mom-Me Time starts off with a free dinner for the whole family. Then, workers provide childcare while the mothers attend a group discussion where they can talk about their trials and triumphs of parenting. 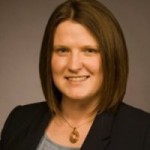 “By getting moms together and showing them their neighbors are having similar problems, it makes a difference,” Richelle Wardell, Early Childhood Initiative manager at AMHA, said.

The Mom-ME Time is held at 5 locations, three in Akron, one in Barberton and one in Twinsburg. The program seems to be getting results. Wardell said of the women that come back multiple times, 30 percent show improvements by the third session.

ECI started offering Family Outreach Events in 2009. Each events has a theme to attract children and parents. One of their events is called Touch-A-Truck.

“We have all the fire trucks and the police cars and the ambulance,” Wardell said. “We’ve had military hummers and police horses. They haven’t yet but they want to get the helicopter from [Akron] Children’s [Hospital]. But they all come and the kids play around so that’s what draws the people in to come.” 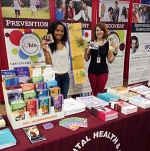 They invite various community members to the event so they can reach out to the families. Summit County Public Health offers immunizations. GASP does finger-printing and voice recording. Schools come to reach out to families.

Attendance at these events has been rising over the years, with 2,096 attending an ECI outreach event in 2014.

Why AMHA Does What Others Have Not

AMHA has received quite a lot of attention for their Early Childhood Initiative work.

In November, 2015 they were recognized at the Parents as Teachers National Conference for the innovative use of their curriculum.

They have also been recognized by housing authority trade organizations. They received a Merit Award from the National Association of Housing and Redevelopment Officials for the program. The Council of Large Public Housing Authorities has also highlighted them in a publication and invited them to do webinars. They try to get the word out when they can about the success of their program.

“For years, we’ve been going out to different conferences and saying ‘Housing authorities are a fantastic place to do early childhood interventions.’” Wardell said. “It’s the most at-risk people there are, so the need is there”

She said some other housing authorities have early childhood programs, but they farm them out to third parties.

“We do it from within the housing authority which allows us to be connected to the community,” she said. “If it’s a third party, they’re not as engaged.”

“It takes resources to build resources,” she said. “It shows that leadership decided this was a good focus.”

Despite the difficulties, a few other housing authorities have reached out to them to try to replicate their model. Fresno, Alameda County and Sacramento, California have all expressed interest in AMHA’s program.

“They’re really excited about what we’re doing and they’ve heard great things about how we do it here,” Wardell said. “They’re trying to wrap their head around how to fund it.”

Wardell said there are many ways that local businesses, organizations and individuals can help.

They are always looking for people to help with events. They need people to set-up, tear down and work their Family Outreach Events. They also could use help cooking the dinners or baby-sitting at Mom-ME Time.

If groups or businesses are looking to help but cannot attend these events, Wardell also suggests they can help them sort supplies and prepare crafts for their events.

Wardell said financial gifts are helpful and could take the burden of the program off of some of the local foundations. Gifts can be made to the program through Building for Tomorrow, a non-profit instrumentality of AMHA. It is a 501(c)(3) and all donations are tax-deductible.

For more information on AMHA go to:  akronhousing.org/