While working with ex-offenders, the Summit County Reentry Network (SCRN) and others have found a crucial missing piece in the “reentry puzzle”.

This “revelation” is that not everyone fits the same mold, or needs the same treatment. Providing one standard treatment could actually cause more harm than good to people with different backgrounds, leaving them in worse-off situations.

Each individual needs a tailored plan to fit their unique life situation and struggles. Putting everyone in the same category and treating them the same can be detrimental.

The SCRN, Oriana House and others have found what works and what doesn’t through history, plenty of research and trial and error.  They hope to spread these ideas.

A New Way to Look at It

Every offender is at a different level and should be treated accordingly. Whether they are a low, medium or high risk offender should determine where they go and what services they are given upon release.

“If you look at a medical model, it would be like putting everyone in intensive care. They don’t (all) really need to be there. They’d do fine with an office visit,” Bernie Rochford, Executive Vice President of the Oriana House, explained.

What happens is state prisoners take the Ohio Risk Assessment Survey (ORAS) when they’re admitted, and upon release. This gives an indication as to how high of a risk they are to re-offend.

“If you give the same level of programming to people who are at low risk to re-offend, it will most likely intensifying their tendency to return to criminal behavior,” Rochfield stated.

The problem with mixing high and low risk offenders, Rochfield explains, is that

“You take someone who only needs non-residential service, already has community ties, they’re doing pretty well on their own and you rip that away from them and put them in a facility with a bunch of knuckleheads and unfortunately it gets worse.”

On the other hand, “If you take all the (high risk offenders) and put the intensive services in place, they can do better,” he continued.

It’s all about getting the right services to the right people. 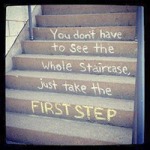 Rochfield says that if you have 100 low-risk offenders, 10% of those are probably going to re-offend if you do little or nothing to help it. Putting them in an intensive program makes it go up to 20%, doubling their risk of reoffending.

If you take 100 high-risk offenders and do nothing about it, 60% come back from prison and re-offend. If you put those 100 in targeted programs based on their risk assessments you can lower that to 40%.

“You can make a huge impact on lowering their recidivism,” Rochfield shared, “You’re still going to have recidivism in both areas, but it’s a numbers game.   Two thousand people come back from prison to Summit County each year and if you can get them in the right level of programs you can have a real impact over time.”

And then there’s many who slip through the cracks in the system, as half of the people released from jail/prison aren’t on any supervision.

“Most who commit felonies don’t go to prison, so you need to look at community programs,” Rochfield added.

Because of this, they are trying to reach local community program providers who deal with these men and women first-hand.

Many throughout the years have had “good ideas” and good intentions, but it hasn’t always been what the men and women coming home from prison really needed.

“Boot camps were all the rage in the ‘80s and the thought was probably from white, middle class legislators who all went through boot camp when they were younger.  (They thought) that didn’t hurt them, by God, that will help the offenders,” Rochfield shared.

“But the problem, the thing they forgot is that they had a whole life before that prepared them for boot camp. They went then and had a number of years in the service where all that played out. But if you send an offender to 90 days of intensive boot camp and he goes back to the same neighborhood, same friends and same problems, he’s just going to be in better shape,” he continued.

Research has proven programs such as this and others to be ineffective.

“So we’ve invested interest to make sure that when the faith-based community comes to the table, or the housing folks, or people who have really good intentions but don’t really know what they’re doing, that we can give them some guidance on ‘this is what you need to do, these are the things you’re dealing with’, so they don’t get taken advantage of and so they know what is effective,” Rochfield said.

Another “great idea” that simply doesn’t work is using “self-esteem programs”. The intent was that if people felt better about themselves they wouldn’t want to be criminals. But that isn’t the case. It just creates more confident criminals.

“There is a whole department at the Oriana House to give trainings for providers,” Rochfield shared.

Most recently they did an Epics 2 Training (Effective Principles in Corrections).

“Eighty providers came from Lake County to Loraine…from all over. They told us that people are hungry to get more training,” Rochfield shared.

They’ve also been facilitating training for business liaison people, or job developers; people advocating for employers to hire into their work force those who have the barrier of a criminal background.

If you or your organization, non-profit or ministry is interested in receiving this training, please contact the SCRN or Oriana House.

Watch for next week’s story on what is working and helping ex-felons, as well as more on the ORAS assessment and determining the levels of offense.

For more information on either of these organizations please visit: www.summitcountyreentrynetwork.org or www.orianahouse.org